The town of Khotyn, located in the eastern part of Chernivtsi region in the northern Bessarabia.

It is an important industrial, touristic and cultural centre of Bukovina with thousand-year history of development and formation.

Due to its strong fortress and advantageous location Khotyn became the centre of craft and trade, what contributed to cultural and economic flourishing of the town.

For many centuries Khotyn had been the scene of numerous military conflicts and prominent battles of world empires.

The town of Khotyn, located in the eastern part of Chernivtsi region in the northern Bessarabia, is an administrative centre of Khotyn district. It directly borders Zastavnivsky, Novoselytskyy, and Kelmenetskyy districts of Chernivtsi region, as well as Ternopil and Khmelnytskyy regions.

The town has a long and rich history, from everlasting it was a desirable place to live. Even its name – Khotyn – means “preferred”, “desirable”.

The territory of the town lies within Khotyn upland at a height of 200-250 metres above sea level. It has undulating and valley-gully relief. Khotyn has a humid temperate continental climate with variable winter and warm summer, mainly cloudy. Average annual precipitation reaches 552-690 mm, the number of precipitation days per year amounts to approximately 140-180.

Due to its strategic location Khotyn played significant role in the history of Ukraine, Moldova, Poland, Turkey and Russian Empire. First it was a small wooden fortress built at the site of ancient settlements by eastern Slavs. It protected them from numerous conquerors. Next to it there was also unfortified settlement. Being located on the border zone of different states Khotyn often changed hands. The fate of many famous figures is related to the town history: Moldovan landowners, Ukrainian hetmans and Cossack chieftains, Polish kings, Russian and Turkish commanders, religious and cultural leaders, poets, scientists, travellers. For many centuries Khotyn had been the scene of numerous military conflicts and prominent battles of world empires. In the XVII century Khotyn war took place in 1621 and Khotyn battle – in 1673. In XVIII century it was a battle field of four Russian-Turkish wars. 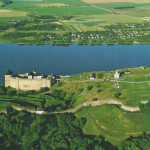 Due to its strong fortress and advantageous location Khotyn became the centre of craft and trade, what contributed to cultural and economic flourishing of the town. Today Khotyn is one of the biggest towns in Chernivtsi region. It is an important industrial, touristic and cultural centre of Bukovina with thousand-year history of development and formation.

The resident population of the town is 10 thousand people. The median age of the population is estimated to be 39 years, in particular men are 36 and women are 42 years old. There are 6.4 thousand of working age population registered in Khotyn. Official unemployment rate in the town is 2.9%. The average monthly salary is 2 286 UAH. The town self-sufficiency rates to 50%.

The town has developed and approved urban development master plan. Residential areas: 24 thousand m2 of total housing area. Housing area: 24.4 m2 per capita, one of the highest in the region.

Water supply services are provided by public utility “Khotynteplomerezha”. Water supply header was built in 1983. The network length is 67 km. Equipment capacity amounts to 12.5 thousand m3 per day. Water supply reaches 80% of population. At the moment water supply system is under the reconstruction, in particular emergency parts of water supply are replaced.

Electricity network services are supplied to 100% of the town by Khotyn DEN PLC EC “Chernivtsioblenergo”.

The gas is supplied in the town. The services are provided by gas supply and delivery PLC “Chernivtsigas” of Khotyn gas department.

All national mobile operators – MTC, Kyivstar, Life – operate in the territory of the town. Internet services are provided by Ukrtelecom and LANGATE companies. 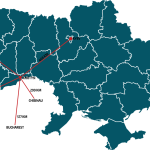 The town is located at the crossroad of three regions roads: Ternopil, Khmelnytsky and Chernivtsi. The length of urban public roads reaches 96 km, including 60.0 km of hard-surface road and 36.0 km of gravel road. Ktotyn is well connected with villages in Khotyn district, the region centre, and neighbour region of Khmelnytskyy.

The passenger local transportation is operated by rout radio-taxis, providing access within the town area for the cost of 20-50 UAH as well as outside the town for more expensive prices.

International motorway E-85 “Porubne – Vaskovychi” runs through the town. It links the town with Central and Southern Europe. It should be kept in mind to drive on the right of the road. It shall not be lawful to drive at a speed exceeding 60 km/h within the town area, 90 km/h – outside the town limits, 130 km/h – on the motorway. Drink drive limit is 0.0%. Prices for gasoline 95 octane at Ukrainian petrol stations average 1.0 € per litre.

The distance to Chernivtsi airport is 70 km along motorway and lasts one hour.

The nearest cargo-passengers railway station in Kamyanets-Podilskyy of Khmelnytskyy region is 30 km far from the town, road trip lasts half an hour.

There are 15 sport facilities in the town, in particular 4 sports halls and 5 sports grounds with training equipment.

Today the team amounts to 1013 specialists, 165 of them are doctors, 483 employees of the nursing staff, and 365 employees of junior staff, etc., that provide health care at all levels for 72 thousand of population in Khotyn district. Health care in the district hospital is organized around the clock: doctors and two paramedical ambulance crews, operating surgeon, obstetrician-gynaecologist, anaesthesiologist, biochemist-assistant stay on duty. Such specialist as paediatricians, infectious disease physician, trauma surgeon, neurologists are involved to provide urgent specialized health care. Modern independent gas boiler house was built and became operational on the territory of the hospital in order to be energy self-sufficient.

The following educational institutions are located in the town:

The nearest higher education institutions are located in:

The city of Chernivtsi – 70 km 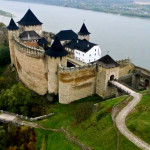 There are more than 20 sights of history in Khotyn that are in public register. The town pearl is world famous Khotyn fortress, the historical, cultural and architectural monument of XIII-XIX centuries. It is a priceless heritage for many people. Due to long history and rich traditions of the town on 12th October, 2000 the decree of the Cabinet of Ministers of Ukraine declared foundation of the National Historical and Architectural Reserve “Khotyn fortress”, which was recognized as one of the seven wonders of Ukraine in 2007 and 2011. 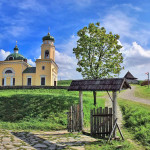 The Church of Oleksandr Nevsky

The oldest religious buildings in Khotyn are the Church of Oleksandr Nevsky, located on the territory of fortress, and Saint Nicholas Church on Kutuzov st., a rare temple dating back to the origin of Athos centre of Christian monasteries traditions. 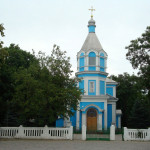 Protection of the Mother of God Church

Protection of the Mother of God Church (1868) is located right next to the museum. Such architectural buildings of Khotyn as former theatre (today a bank), former Shabelman palace (today a police department) and many others are equally impressive.

There is a House of children and youth on 42 Nezalezhnosti st.

Each year approximately 100.0 thousand of tourists from all over the world visit the town.

Local festivals and events, which take place in Khotyn every year. 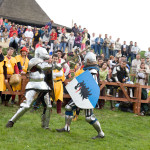 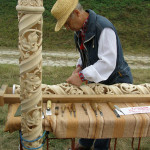 International tournament on mini-football for the prize of the first cosmonaut of independent Ukraine L. Kadenyuk
Teams from Ukraine, Romania, Moldova take part in the competition.
Venue: Sports and recreation centre in Khotyn

The town pays special attention to development and formation of instruments in order to improve investment climate in the district and to regulate investment activity based on the balance of interests of both an investor and the community.

The direct foreign investments as of October, 10 2014 are equal to 1.2 ml US dollars that is 1.6% of investments in the region. Two foreign investors invested in production of fruit and vegetable juices, and metal products.

Drawing of European financial resources into social and economic development of the town is carried out through participation in EU cross-border cooperation programmes.

The project “Medieval pearls: Fortresses in Khotyn, Soroky, Suchava” has been implemented in a frame of common operational programme. The project total budget amounts to 739.6 thousand euro.

There are 19 stores of consumer cooperative, 12 catering facilities, about 20 shops and 10 cafes in the town that are privately owned. Indoor market operates in former building of department store.

The town residents and its visitors may have access to Folk and Leisure House, 2 libraries, live in 4 hotels with a total amount of 205 beds, 15 sports facilities, in particular 4 sports halls and 5 sports grounds with training equipment.

Administrative service centre is developed in order to simplify licensing procedures for investors.
The town made an inventory of vacant premises, identified strategic land plots, that can be offered for investors projects, and prepared information on their rent or sale terms. 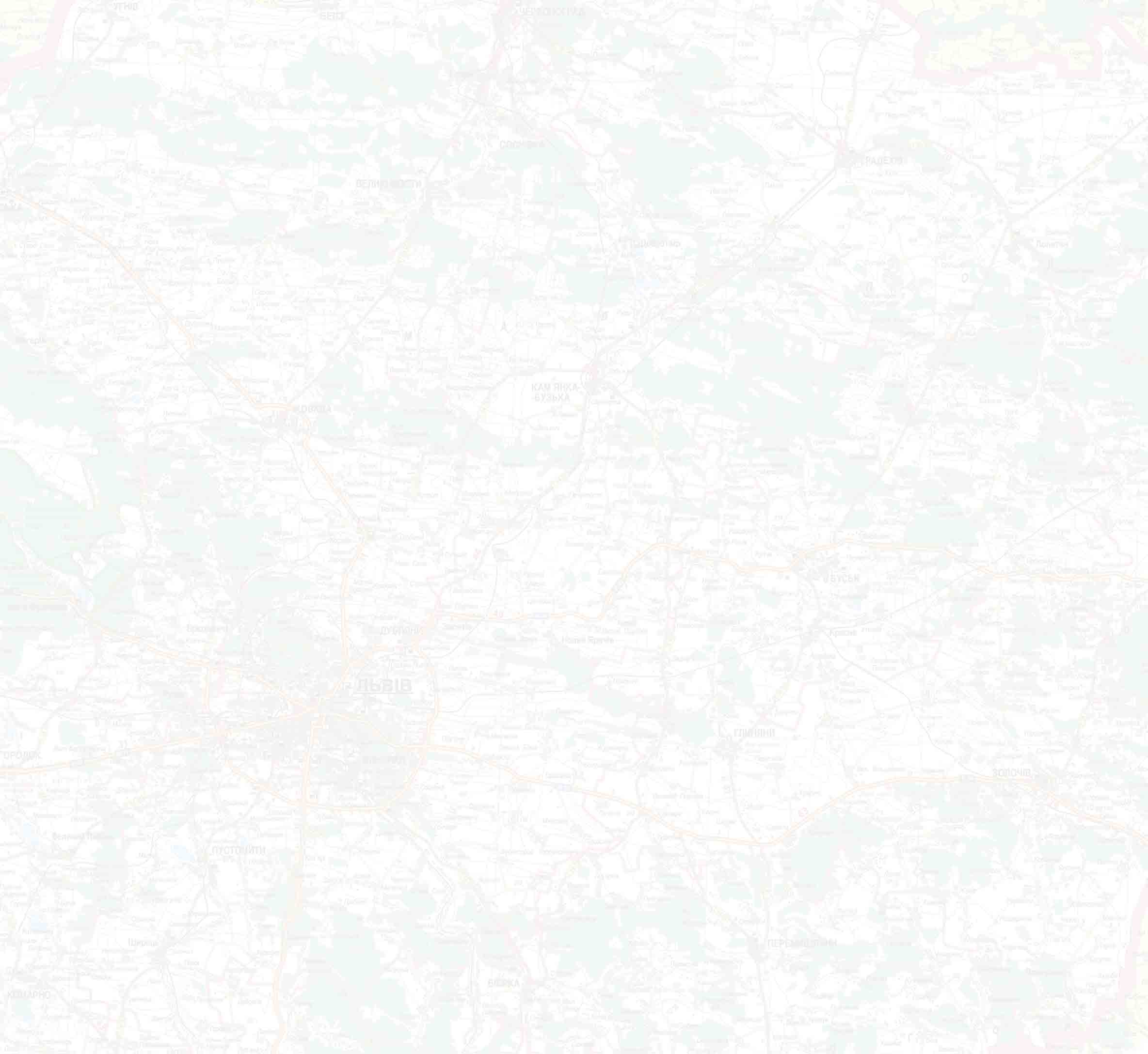